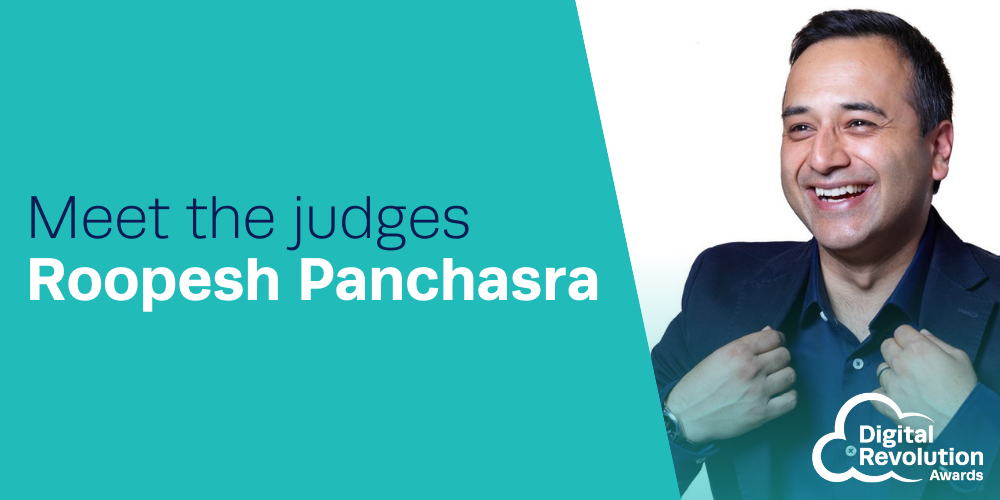 In our Meet the judges series, we’ll be chatting to some of the cloud tech experts on our judging panel to find out more about their experience, their passion for cloud tech, and what they’re making a beeline for at the awards ceremony buffet…

Roopesh Panchasra is Global Head of Executive Talent at Uber.

Roopesh is a 20+ year veteran of the Talent Acquisition industry, and currently leads the Global Executive Talent Acquisition teams for all Uber businesses worldwide. Roopesh has worked with incredible leaders who have pushed and challenged him over his career working for amazing brands such as SAP, Workday, Expedia, and VMware. A magnified lens on inclusivity, fun, and data-driven strategies have been the common thread across all the impressive accomplishments that he’s achieved throughout his career.

Which category are you most looking forward to judging and why?

The categories all seem very interesting, but the one that really stands out for me is the Excellence in Learning and Development Award.

Why? Because of the craziness that we’ve been through over the last 18 months, and what we’ve seen change. Certainly, in the industry that I’m in, the decision drivers for people in terms of what they’re looking for when they move jobs have all changed.

Money, position, title, team size; these things are still important but the purpose, learning and advancement opportunities, and career runway are now far further up that list of priorities than they ever were before.

Many companies have a learning and development department, but honestly speaking, most of them don’t do what I feel we need to be doing for our employees to retain them.

Really, this is all about making sure there’s a purpose and a runway and making sure employees feel invested in. We have to make sure we’re helping them find their paths at any given company, because it’s as volatile as it ever has been; people are leaving because they’re not getting the support.

So, I can’t wait to see what companies are doing in that space.

How has cloud technology made an impact on your life, or within your business?

I’m very old (although I still have a definite skip in my step), but had kids very late in life; I have six-year-old twin girls. So, I’m absolutely blessed, but you try coming to our house during homeschooling! You’ve got one daughter on one side, and the other on the other side, and you’re trying to do some work yourslf… so the whole phenomenon around education and schooling really was very apparent during those times.

There’s an online repository of information they can go to when they’re not in class, they can pull work from different systems, and all of the storage is done in the cloud—just the ability to be able to keep them entertained, to keep them on their curriculum, and have a choice of things for them to do and see and look at was incredible. It was vital that you could go on the internet and search for stuff, but the whole point here is that you’re getting them to do the right stuff; the stuff that’s appropriate for their age and assigned by their school. All of that was stored in the cloud, which was an excellent example of where the cloud can work.

Are there any events or performances from the cloud tech space that have wowed you in the past year?

Not so much a performance, but what we’re observing within the cloud space at large. We’re now seeing organized, multi-vendor cloud environments. With the big cloud platform providers, it was always about being the one and only cloud platform; we all know them, they’re all out there competing against one another for domination in a very lucrative space.

As companies move from on-premise to cloud, as companies move into the digital space, there’s going to be more demand. As a result, there are lots of large organizations that are hustling and bustling to get that market share. But what we’re seeing now is a bit of a phenomenon; multi-cloud and joint cloud environments.

So, you’ve got large organizations that were once competing—and some that are still competing in some parts of their business—joining forces to have a collective strength to win business. One example is Oracle Cloud, which is a huge cloud provider, and Microsoft, another huge provider. Last year, they announced that they would join forces to bring customers the Oracle platform strength and the Microsoft machine learning strength. So when Azure and Oracle Cloud come together, that’s a force to be reckoned with.

They’re joining forces to compete within that space, knowing that over the next five years any CSP needs to win these big accounts to gain market share. So where they were once competing, they’re joining forces; I think we’re going to see more of that, which could change the cloud landscape. 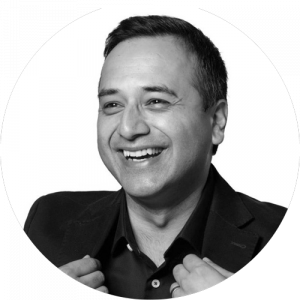 What makes a great nomination?

I’ve done a few award ceremonies now, and I think that some people feel the need to submit something for the sake of submitting something at times.

I want to see a concise and straightforward articulation of outcomes. Sometimes I read the award submissions, and after I’ve gone through it all, I don’t quite understand what they’re trying to convey. Because I suppose people sometimes feel the need to overcomplicate their submission; like “look at all of the incredible things that we’ve done.”

As we all know in life it’s the simple things that generally make the biggest impact and get the most attention, so outcomes are really important. Not just “this is what I’ve done,” but this is the outcome and impact over time. So, for a nomination to be simple and concise is what I would look for.

You're at an awards ceremony; what food are you making a beeline to the buffet table for?

Well, that’s a good question! Anything without carbs. I’m one of those yo-yo dieters; I’m constantly trying to do something to lose some weight, and I’m in a good spot right now. But I go through these peaks and troughs. When COVID started, I was wearing elasticated bottoms, and I didn’t realize that the waistline was growing into a coastline so I said I need to do something about this.

So now I’m all in; I’m gyming, I’m not eating carbs, and I’ve lost some weight. So I would probably be looking at things that aren’t pasta, bread, wheat or rice—all the good stuff!

How important are awards in promoting diversity and inclusion, especially in sectors like tech?

Oh, it’s massive. I think we all talk about diversity and inclusion being incredibly important, but it takes occasions like this to ensure that we recognize organizations that are working to develop themselves and their people.

We should be acknowledging those striving to be inclusive, and those for whom having a diverse workforce is part of their ethos, not something that they feel that they must do or need to report on.

We have a responsibility to highlight companies and be proud of the organizations that have equality in their workplace. Companies that tackle these issues and go out of their way to be inclusive need to be applauded and given a platform. They deserve all the credit they can get, and hopefully it will rub off on some of the other organizations that are just doing it for reporting purposes.

How can taking part in events like the Digital Revolution Awards help boost your personal brand?

It builds credibility; it showcases who you are, and what you’re doing, but I think more importantly how you go about doing it.

Companies try to get ahead at all costs, and I think awards give companies a chance to say “we have the purpose, we have the meaning, we’re doing it for the right reasons.” This is how awards allow you to build connections in the industry; if you’re in a competitive space, how will you distinguish yourself from others out there doing similar kinds of work?

Coming to events like this, showcasing some incredible work that you’re doing that is industry-leading, making those connections, and creating that awareness can be amazing. You can propel your personal brand incredibly if you do it right.

If you were to win an award yourself, perhaps for a secret talent, what would it most likely be?

It would be for woodwork. I grew up in a family of carpenters, and I remember growing up watching my grandfather and my father create some amazing things from pieces of wood; furniture, ornaments, statues, stuff around the house, chairs and tables just made out of wood.

Watching them and seeing this lost art in action, seeing them creating something that was magical and that could be used every day, I got the bug for it as well.

At a young age I was getting involved, and I just don’t have the time now, but you’ll still see things around the house that I’ve taken far longer than my grandfather or my father would have taken to make, but that’s something that interests me when I get time.